A downloadable tool for Windows, macOS, and Linux

LabChirp is a powerful and versatile sound effect generator, useful for games, music, videos - anything you like!
A manual and some example sounds are included to get you started.

Works on Windows (requires .NET Framework 2.0) and other platforms (Linux, Mac) through Mono.

Here is a demo in mp3 format showing all of the example sounds and some randomly generated sounds using different presets.

This is a very awesome tool and comes close to something I would actually use! Most other small sound design tools don't have a reverb effect nor distortion, so thumbs up for that. But one thing it's missing for serious sound design is a filter and/or EQ.

Been playing around for two days, and this is seriously seriously good software. I managed to make a loud racecar and a subdued electric car sound, and even a loud howling wind noise.
Seriously underrated. I am 100% going to support the dev once I finally earn a little as a newbie GameDev.

Also, a little feedback, I have finally experimented enough since i started two days ago that I know that this software's limitation stems from the fact that you can't do AM(VolMod) or FM operation on the main wave more than once. Like I wanted to see if I can have four pulses by setting the Custom VM wave's frequency to 4, and then having those generated pulse's Volume be modified on a smaller level. Hmmm, this problem can worked around by manually drawing the micro waves in the pulse's custom shape or by using the main wave's vol mod to create a single pulse and then using VM's settings for the micro pulses and then looping it in an external software like audacity, but this method has it's own limits.

Again, this is probably the best sound gen software I have ever seen. I straight up created loop-able howling wind sound with the appropriate settings. Thanks a lot.

I've actually thought about having AM and FM optional, like how the effects work. You'd simply add as many FM or AM waves you need. Same with channels. There's not really a good reason that there's always 8 channels. You should be able to add as many as you need. Maybe next version!

Thanks for your feedback!

Thanks for the info. I've been confused over why some people got it to work while others couldn't, but then this is probably the reason.

LabChirp is built using the "Any CPU" option in Visual Studio, so it should work for both 32- and 64-bit systems, but I don't know how Mono handles that.

photoshopped these two snippets from the error message together, most of the struggles appear to be related to this. Probably not much you can do on your end to resolve it :( 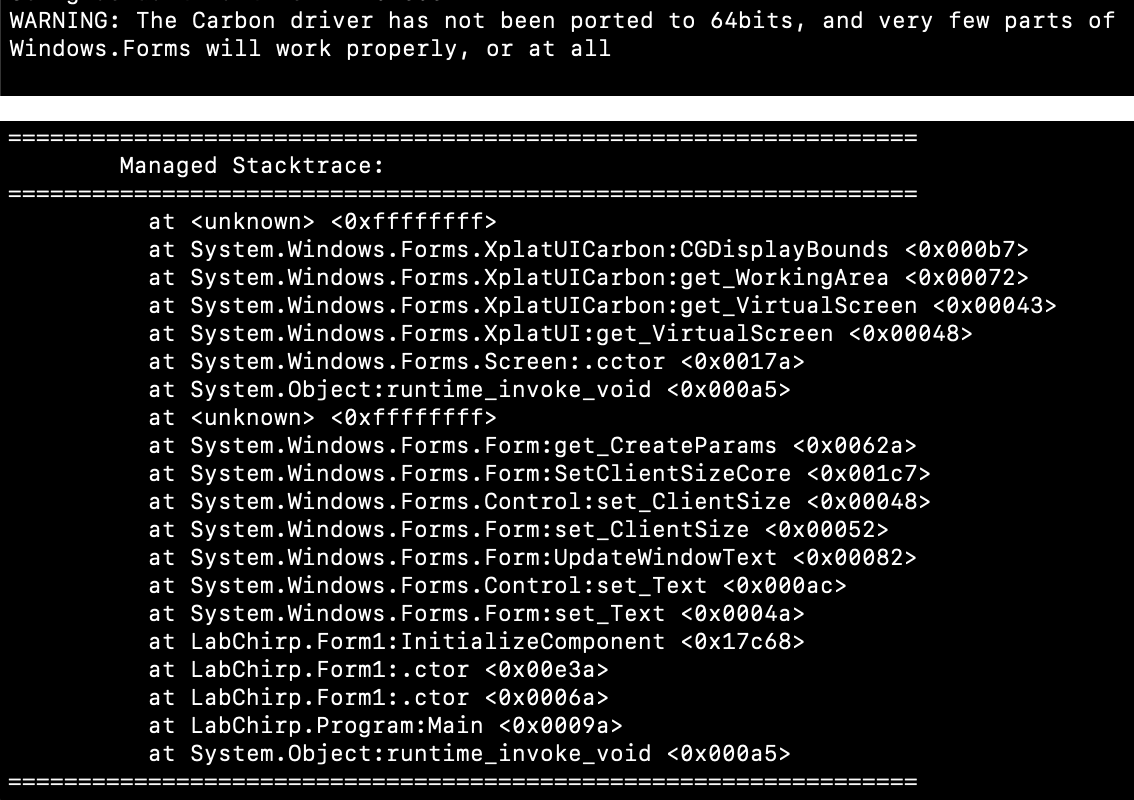 Thanks again, and I'm afraid you're right; there's not much I can do except rewrite the whole thing or hope Mono adds support for 64-bit.

Perhaps I should remove the mac compatibility flag on itch.io.

same problem, i just downloaded it from their website

Not sure what's going on there. I tried it too just now and had the same problem, but then I tried again and it worked. Maybe some temporary hiccup somewhere.
Anyways, as mentioned, you can always download it directly from http://labbed.net/software/labchirp/

I Maded The Toilet Sound.  WOOOOSHH!!!

I can't figure out how to get Mono to open this on the Mac. Using the terminal throws up a bunch of errors and it won't open in the Finder because it's not recognized as a application

It's actually possible to package a Mono app for Mac OS so it's easier for Mac users to run. I think the developer should do it. I found this info here

macpack is a tool that must be used to bundle Cocoa# applications into Double-Clickable, Finder friendly, bundles on Mac OS X. It bundles static libraries and resources, as well as generates a basic info.plist into the .app bundle.

For example the following commands are used to build the CurrencyConverter.exe into an application bundle:

The resulting CurrencyConverter.app is just another Mac OS X application as far as the Finder is concerned, and can be opened from Finder, or launched from Terminal using the open -a CurrencyConverter command.

Sorry, I can't help you with the "bunch of errors" you get. I don't have a Mac, so I can't test LabChirp on Mac myself, but I know of a few people who have got it working through Mono.  After installing Mono, all you should have to do is open a terminal and type mono LabChirp.exe (or the full path to LabChirp). For instance, on Linux I can open a terminal and type mono "/home/labbed/Downloads/LabChirp/LabChirp.exe" and it works. For convenience, you could create a terminal script for future use.

However, I've heard that .NET CORE has a lot better native compatibility with Mac (and Linux), so I might give that a try for a future release if it isn't too much of a hassle to migrate.

Thanks for responding. I will try .NET core because Mono just isn’t working. I wonder if other people are having the same problem as me. I’ll let you know if .NET core works

Were you able to get LabChirp up and running on OS X?  I'm a Mac user, would love to have an executable file for sound design!

Nope! It was a lot of work and I couldn’t figure it out. I think the developer ought to create a guide

This tool is seriously awesome. I think its presets are better than sfxr. I am gonna use it in my games!

Why is this marked as Linux and Mac compatible? It only comes with an .exe file...

Because you can run it through Mono, and it works.

Alright, I checked and it does! Sweet! Although some note mentioning that would be helpful 🙂

I also updated Wine in my system from 4.0 to 5.0 and it works with Wine as well.

It is mentioned when you download it (under the "Download and install instructions from Labbed" section) and also on my website download page (http://labbed.net/software/labchirp/). However, it should probably be mentioned on the itch.io page as well! And perhaps in the manual.

I did not know it works with Wine! I've tried it before (several years ago) and it didn't work, which is why I tell people to use Mono. I will give it another try with the newest version and see how it works. Thanks for letting me know!

Good luck with your future game projects! And have a nice day!

It just occured to me that you could also make a 'start.sh' sort of bash script that would simply execute 'mono LabChirp.exe'.

Then mark it as Linux executable in the manifest so the itch client app can start it for the user, as long as Mono is installed.

This is one of the most incredible things I have ever seen.

We just used this to create all the sounds for our Viroids game. 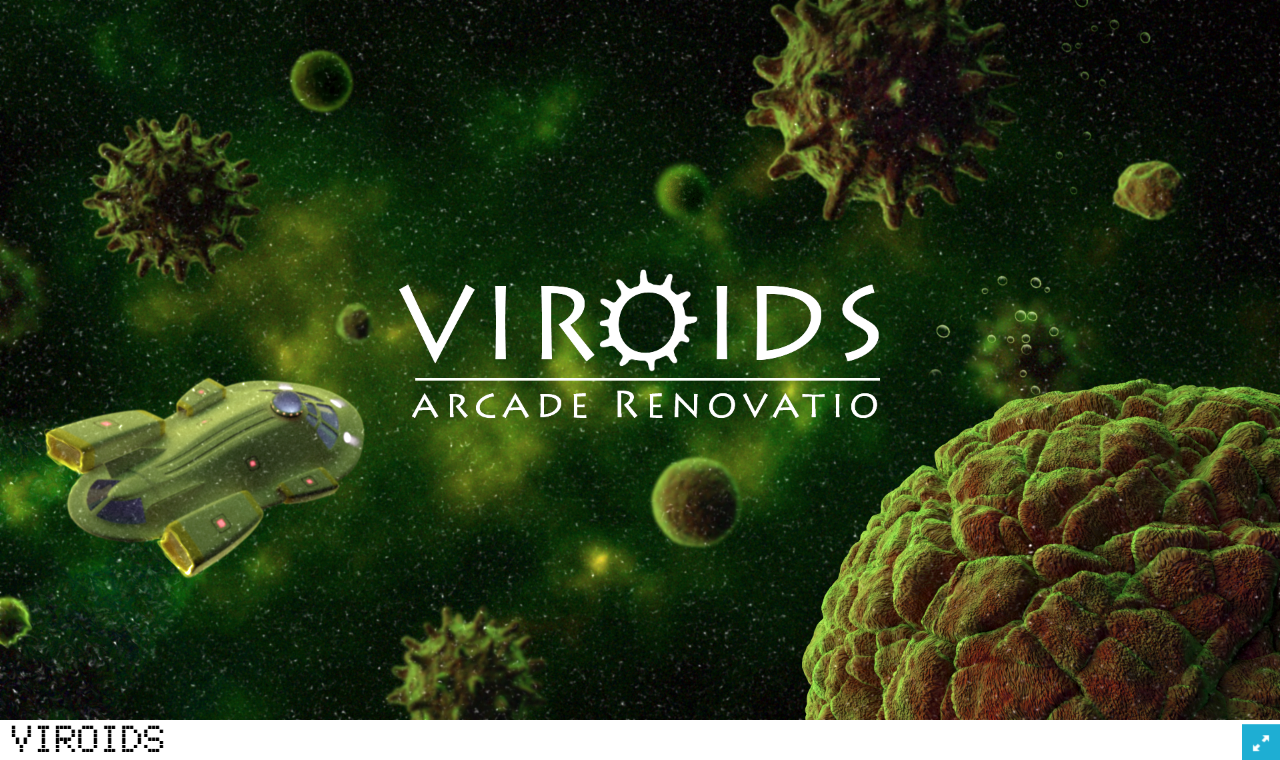 Many thanks, it's a great tool.

Awesome to see it here on itch!

Too bad it's still hacky for Linux/OSX users to use it.

Great piece of software, thank you for sharing it! 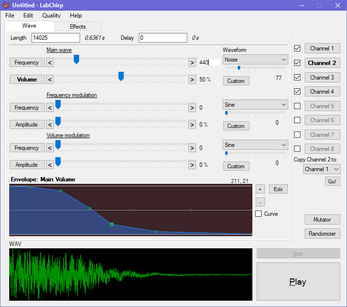 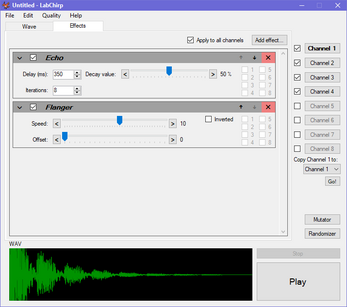 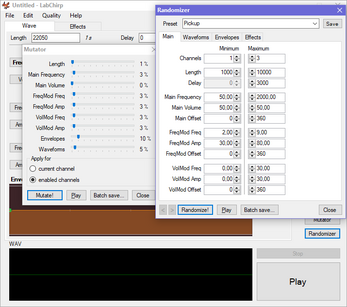